Get fresh music recommendations delivered to your inbox every Friday.

I'm Saving Myself for Shepherdess 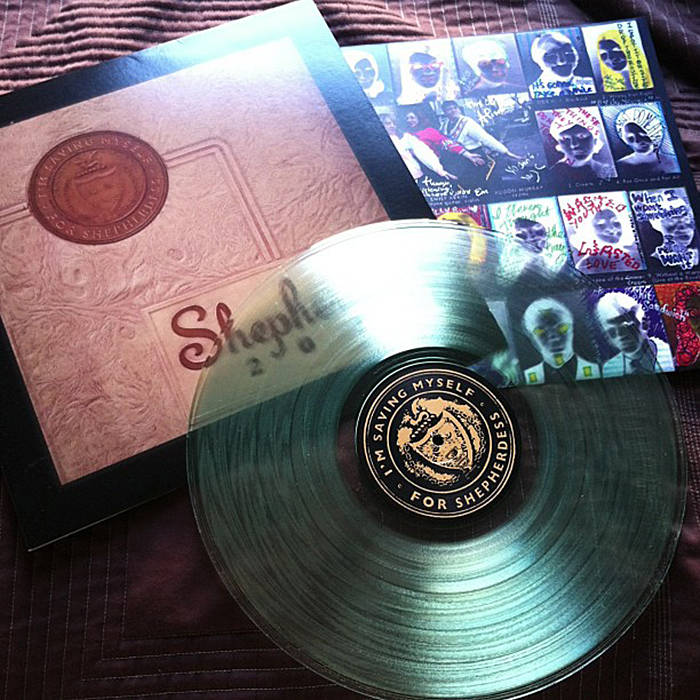 Mike D. i was in 20's during the amazing 90's. i love the music revival today...its great to see all the 90's stars showing they can still do it. Hilken Mancini is an underrated star. Favorite track: For Once and For All.

Brad of the Almanac

"On Shepherdess’ new album I’m Saving Myself for Shepherdess: 'Blackout' goes after pop gold with blunt objects that scrape with jittery cuts in order to get to the heart of the matter (reminds me of Ohio rock like GBV, Breeders, Wussy). The blunt objects of fuzzy/crunchy guitars and immediate hooks make the brilliant ideas at hand just sound extra effortless and cool. Any tenderness is a little harder to spot at first, underneath the gum snapping, juke-box kicking, boxy UK-insouciance of the record (“Scene of the Crime” stands-out on that front)–but it’s definitely in there. The cover of 'Rock & Roll Friend' is obvious example of painful sentimentality of course (such a GREAT cover, really, hats off from one of the biggest Go-Betweens’ fans in Boston here), but I get a sense that 'Without a Warning' (with its question 'where were you') fits into the same space. 'On High' is perhaps a bit healthier, demanding a more immediate answer–'we might be stuck here anyway.'"
--Jonathan Donaldson, Inbound Sounds (Boston.com)

"Anyone who hasn’t followed Hilken Mancini’s post-Fuzzy work has made a grave mistake. This second record from Shepherdess finds Mancini on top of her game, leading the band through a set of songs that are in debt as much to riot grrl punk as they are to the power pop that she is known for. The music has a ferocity to it, but never at the expense of a good hook, and while Mancini lets her guitar hero side show, the songs never meander aimlessly. The other band members, Emily Arkin (baritone guitar and violin) and Alison Murray (drums) excel as well, proving nimble enough to turn on a dime while also focused enough to keep the proceedings grounded. The production is excellent throughout, fully capturing the spirit of their live shows." --Kevin Finn, The Noise

We are thrilled to announce we've teamed up with record label TinyRadars to put out "I'm Saving Myself for Shepherdess" (2013) on vinyl (and yes, yes: digital too)! We love Western Mass.-based TR's musical taste, fetishization of vinyl, and DIY model--and we're honored to have Bunny's a Swine, Mail the Horse, Home Body, and Graph as labelmates.

We recorded and mixed this 9-song record over the past year with Kevin Micka of Animal Hospital fame, and it includes special guest stars like Mary Lou Lord and Andy Macbain of Tunnel of Love. We hope you will want to listen to it until the vinyl grooves melt into a puddle.

"Shepherdess blasts out a speaker-melting mix of stoner-pop and slacker-psych that shifts gears at the drop of the hat."-- The Boston Globe: Boston indie-rock watch list

Bandcamp Daily  your guide to the world of Bandcamp

Lance Skiiiwalker joins the show to discuss his most recent releases